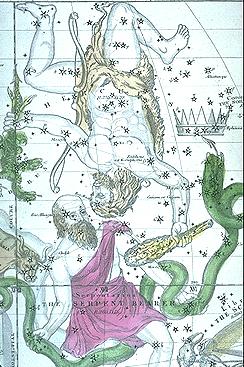 By 1830 the genre of star atlases began to split apart into two subdivisions, the professional star atlas, and the popular star atlas. Burritt's Atlas of the Heavens was a widely used example of the second class. Intended for the general public, it restored the constellation figures to their previous prominence. Only the brighter stars and nebulae were depicted on the charts. Since the atlas had to be priced reasonably, not a great deal of money went into design or engraving, although color was added at the end. The result was a reasonably attractive and useful book, appealing to amateurs, but probably not of much use to professional astronomers.